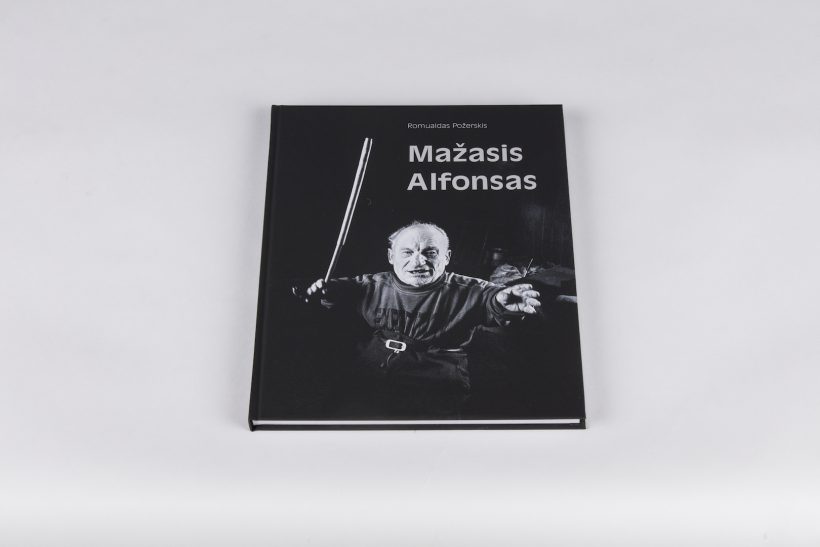 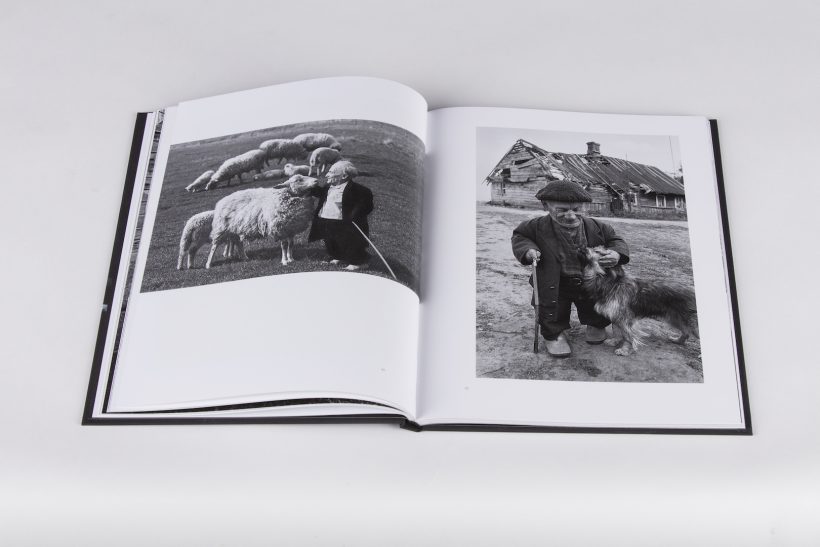 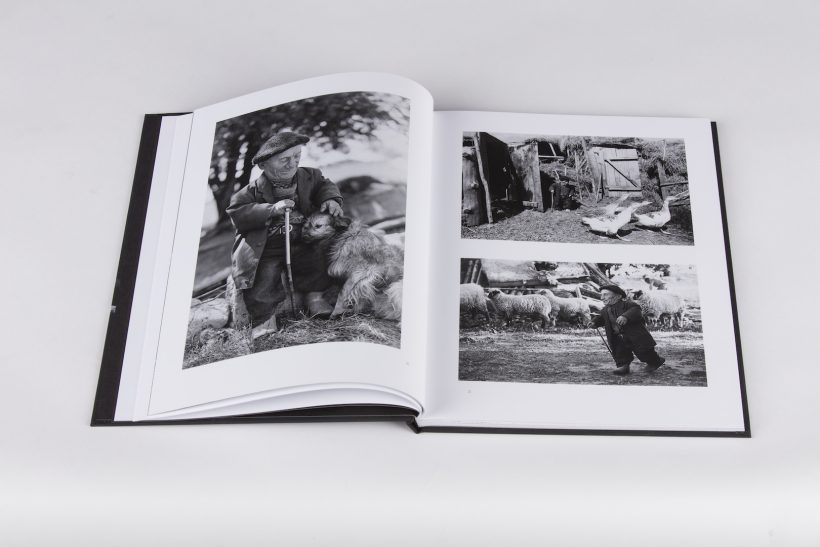 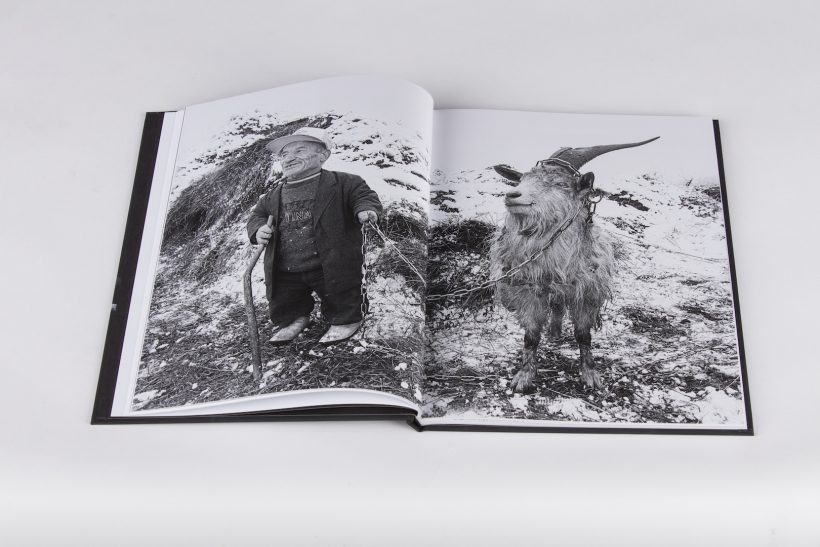 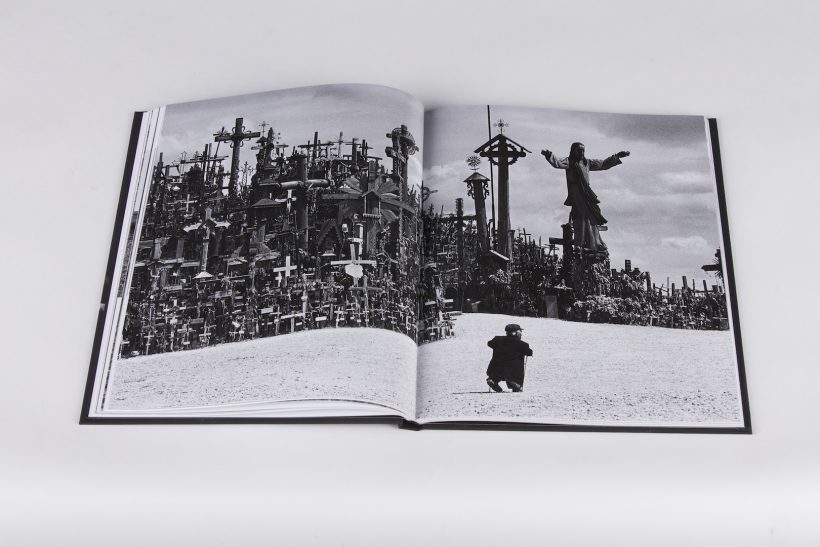 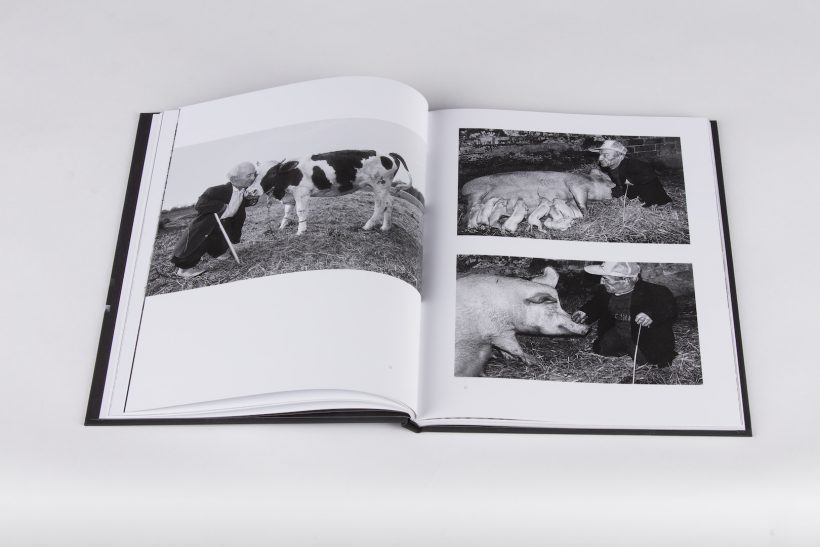 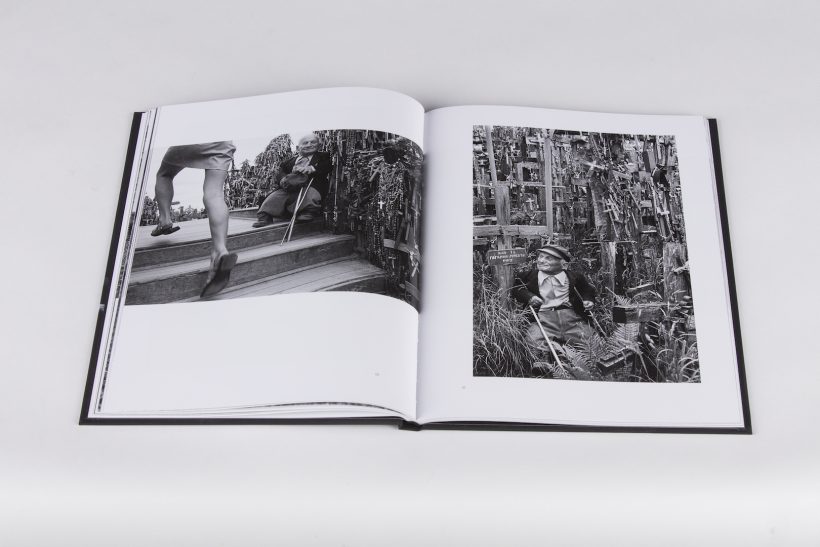 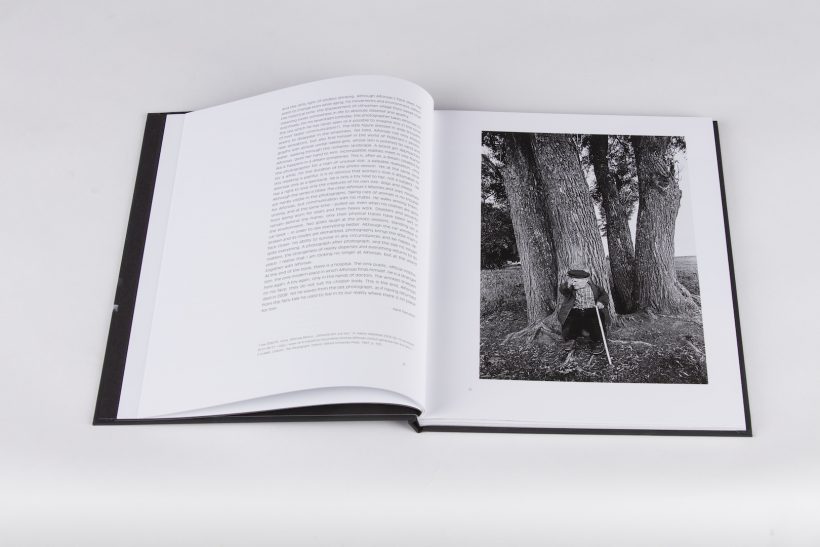 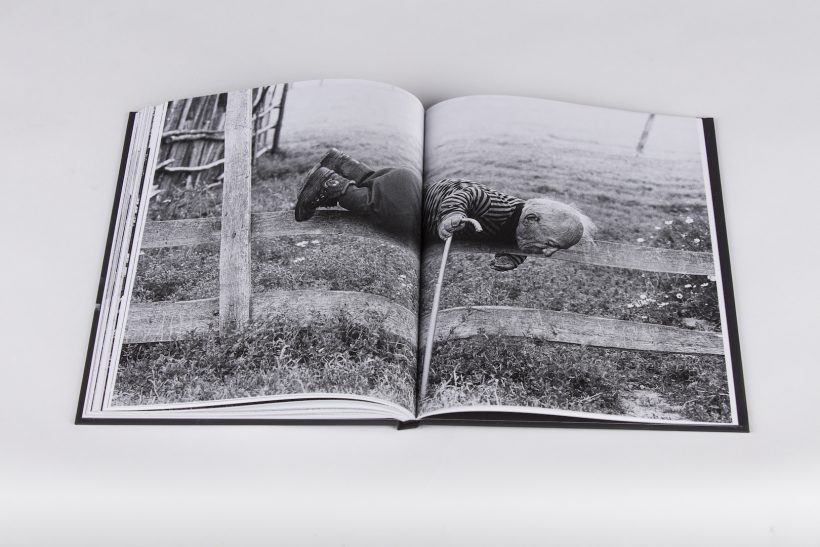 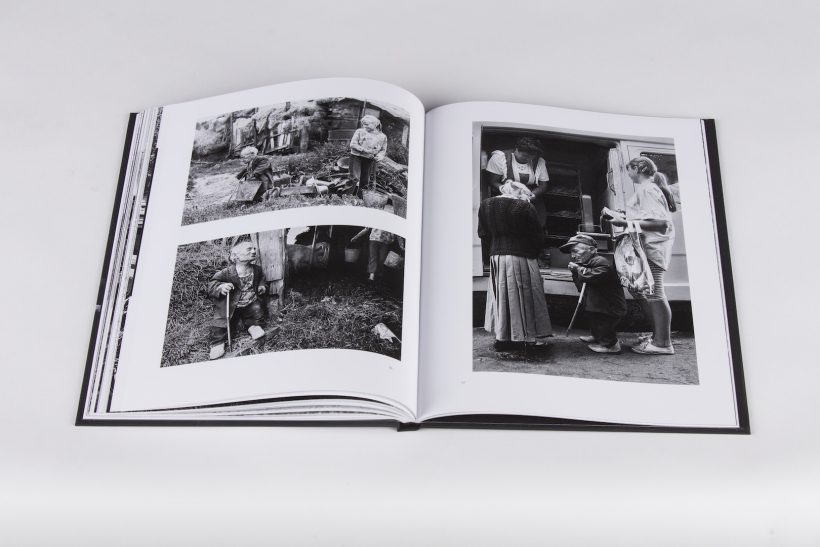 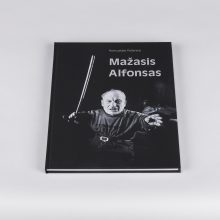 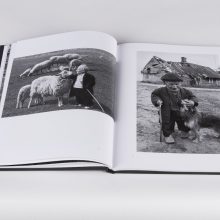 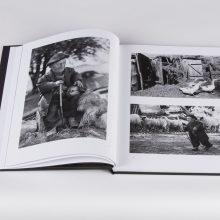 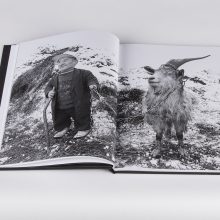 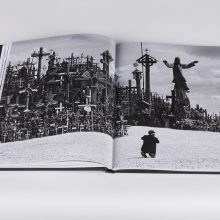 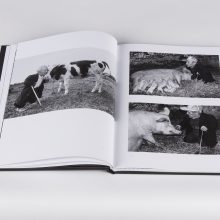 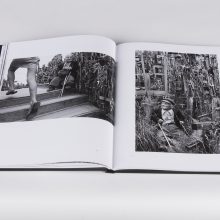 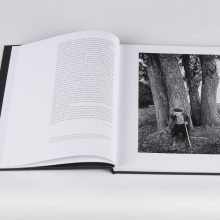 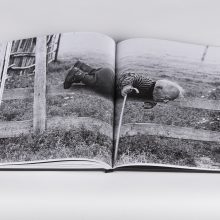 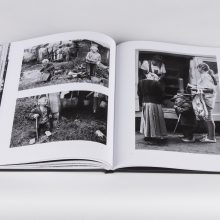 This book by Romualdas Požerskis (1951) tells the story of a farmer who was the smallest man in Lithuania. He was just 90 centimetres tall. In 1992, children burnt down his house while playing; he had to live in a car, and later in a bus. The same year, the photographer saw him in the town of Šilutė, and drove him to the bus station so that he could get back to his village. Thus, the little man became the subject of a photo-reportage. Even though the series is called The Troubles and Joys of Alfonsas, almost no troubles can be seen in the photographs. The plants and animals around him seem bigger than usual, and have human qualities. The end of the book pictures the hospital. The wrinkles on the face stand out against the sterile white background. Alfonsas died in 2008. Still, he waves to us from the last photograph, as if he has returned from a fairy tale in which he was living, to our reality, where there is no place for him.